There Are 6 Basic Types of Interviews. Which One is Right For You?

An interview is a conversation consisting of questions and answers about a specific topic. In the case of a media interview, the interviewer — a reporter — asks questions and the interviewee — a source — provides answers, right? Yes, but it’s not always that cut and dried.

There are actually six basic kinds of media interviews. The art of an excellent interview involves understanding those kinds of interviews and making sure you’re well-prepared for each scenario.

While the standard interviewing rules will always apply, be sure you know exactly which type of interview the reporter seeks. Expectations are everything. Is your upcoming session a …

If so, nice work! This type of interview can be difficult to secure. Reporters are extremely busy and always on deadline, so when they want to take the time to meet and speak with you in person, it’s a definite positive. A meet-and-greet is an indication that the reporter wishes to establish rapport and a longstanding relationship with you as a source.

A standard background interview means that a reporter is interested in your knowledge based on his or her area of coverage. Generally, a background interview involves speaking with a reporter to discuss trends you see in your industry, potential future story ideas and the like, but does not necessarily mean you’ll be quoted in the moment. By also sharing details of your specific focus and noteworthy experience, you can provide a reporter with a frame of reference for upcoming story needs. A background interview usually doesn’t result in a story right away, but is a great way to establish yourself as a future subject matter source.

Click here to get my FREE Damn Good Press Release Template – saves you time and money and gets you more media!​​

Reporters are interested in off-the-record interviews when they are doing initial groundwork for a potential story but don’t yet have enough material to move on. While off-the-record is intended to create a safe zone in conversation (and the majority of reporters truly honor this agreement, by either keeping quiet or anonymizing your comments), you still should never say anything you don’t want to see published. Keep in mind that the reporter has a job to do, so tailor your responses accordingly.

On-the-record interviews are the most straightforward. They involve questions the reporter seeks answers to, typically for a specific story, and are pretty much a sure bet for being quoted and visible. Sometimes a reporter will provide a list of questions in advance, but this is not a guarantee or requirement. Either way, prepare your talking points and stick to them throughout your conversation. If a question comes up that you don’t have an answer to or don’t want to speak to, it’s fine to say that directly to the reporter.

Email interviews are actually quite ideal. They involve exchanging questions and answers solely through email communication, so there’s little margin for error and you can control your message completely. Sometimes a reporter will request a phone call to clarify any points in an email response, but it’s generally straightforward and to the point.

Broadcast interviews are a different ball game altogether. For television, an interviewee has to think through not only his or her interview responses, but also physical appearance, tone and body language. Will the interview air live or will it be filmed and edited? Will the shot be full body or only head and shoulders? Before agreeing to and providing any broadcast interview, it’s extremely important to familiarize yourself with the style of both the interviewer and the news show. Arrive early if possible, so you have time to gather your thoughts and get acclimated to the studio and culture.

There may be pros and cons to each interview type, and sometimes an interview will actually be a combination of the above. When you clarify details with the reporter before the interview, you are setting yourself up for success. (And few things feel better than nailing an interview with a target media outlet 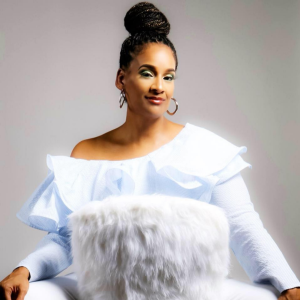